The Vegan Society defines veganism as a way of living which seeks to exclude, as far as is possible and practicable, all forms of exploitation of, and cruelty to, animals for food, clothing or any other purpose. One thing all vegans have in common is a plant-based diet.

With the growth of veganism over the past ten years, it is estimated that 5% of the population is vegan, it is important to know your rights. and as such vegans have the same legal rights as people who hold religious beliefs under Article 9 of the European Convention for the Protection of Human Rights.

With the shift in society, it comes as no surprise that people are demanding that vegan options are available in public canteens. Considerably, Portugal has now implemented a new law which now requires public canteens to provide vegan options. In 2017, it was estimated that about 60,000 people in Portugal follow a strict vegan or vegetarian diet.

The new law comes as result of a popular petition by the Portuguese Vegetarian Society (Associação Vegetariana Portuguesa) in 2015, which amassed more than 15,000 signatures and was debated at the Parliament in 2016. Consequently, it is now illegal in Portugal not to offer vegan options in public canteens such as schools, canteens, hospitals, universities, prisons and other public buildings.

Nuno Alvim, spokesperson for Associação Vegetariana Portuguesa, said: “We feel as if this is a major breakthrough in Portugal because it’s the first time we have any law that specifically mentions vegetarianism.”

Portugal is paving the way for other countries to continue in the same way. Veganism is growing around the world and more than half a million British people are now vegan.  Is the UK next to follow suit?

A similar petition in the UK was created to introduce mandatory vegan options in public canteens. The petition which was started in 2016, gained 19,012 signatures, however, in order for Parliament to debate the matter it required 100,000 signatures. 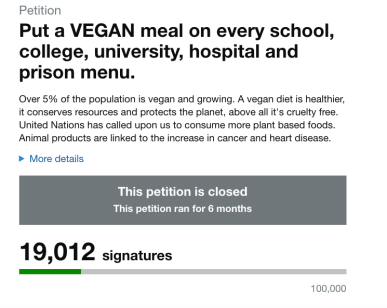 Whilst the government recognised the petition, their response was that:

Individual institutions are responsible for the nutrition of their members and being aware of health, religious, cultural and ethical choices: and doing all they can to facilitate that choice.

In terms of health, a study by the Journal of the American College of Cardiology revealed that a plant-based diet reduced the risk of heart disease, and those who had taken part in the study were more active and leaner. Moreover, a balanced vegan diet can be effective in preventing several cancers, type 2 diabetes, strokes and arthritis.

Food is an inherently personal subject. By providing vegan options it not only complies with Article 9 of the ECHR but also reduces the negative effects of animal agriculture. However, whilst petitions have been commissioned in the hope of forcing public canteens to introduce a vegan option, the government’s response is that it is up to the individual institutions to put into place vegan options because ultimately they are best placed to make the decision regarding food policies.

“The government’s School Food Standards regulate the food and drink provided at both lunchtimes and at other times of the school day. Beyond this, we believe that head teachers, school governors and caterers are best placed to make decisions about their school food policies, taking into account local circumstances and the needs of their pupils. In doing so, we expect schools to make reasonable adjustments for pupils with particular requirements, for example, to reflect dietary and cultural needs.”

In terms of the environmental effect, the government response to the 2016 UK petition stated that:

“While food choices can have an impact on greenhouse gas (GHG) emissions, well-managed livestock also provide many environmental benefits including supporting biodiversity, protecting the character and identity of the countryside and generating an important income for rural communities.”

It is clear that there is still a long way to go in the UK to achieve the legal duty that Portugal has placed on public canteens, perhaps in the future vegans will have more options on the menu, but the current stance is that it is up to the individual institutions. With the growing numbers of people entering a vegan lifestyle and the recognition of veganism as a lifestyle, it would come as no surprise that the UK should follow in the steps of Portugal in introducing an obligatory vegan option for public canteens to follow. Not only have studies purported to show the health and environmental benefits of veganism but veganism also provides a more sustainable alternative to farming animals for food and other products.

Vegan food ‘should be on menus at schools, hospitals and prisons’

It is now illegal not to offer vegan food at prisons, hospitals and schools in Portugal

This site uses Akismet to reduce spam. Learn how your comment data is processed.

Exactly How Legal Are Drones And Should This Change?

How Can The Pegasus Access Support Scheme Help You? 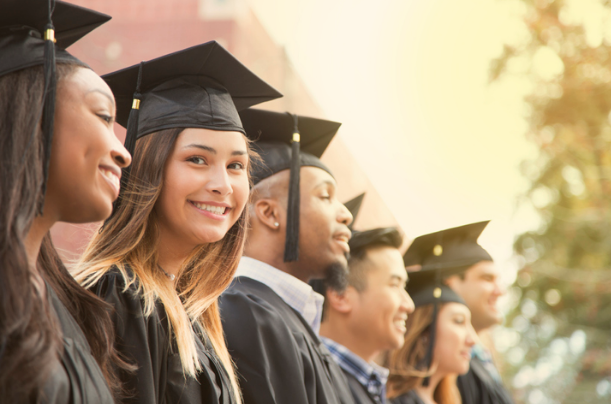 ‘Tis The Season [To Obtain A Mini-Pupillage]

What I Learned From My Foot Anstey Networking Experience 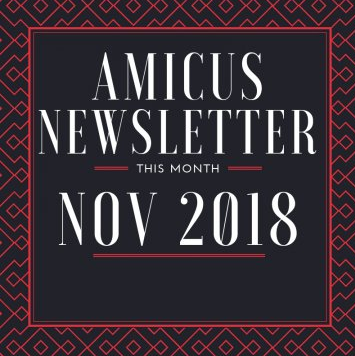